The green Facade of the "Radisson Tsinandali" Hotel makes the first building in Georgia fully covered in a natural green layer. Carefully selected different species used on the facade contributes to biodiversity and a cleaner environment as well as helps to cool the building down in summer heat.

The idea of having new structure disappear in the historical Chavchavadze garden was generated from the notation of not adding a new element to the garden, but rather creating the extension of the natural environment formed with a new green layer that surrounds the entire structure.

Within the surrounding historical context, the idea of making the new building disappear was conveyed by screening the entire building in a seamless array of natural plantations.

The green facade is the most striking element of the building as it contributes to bringing nature into the resort's landscape. The green facade allows Radisson Hotel to reach far healthier living conditions for both visitors of the hotel and the wider surrounding.

It further reduces energy consumption and protects the building from harsh sunlight during the summer. 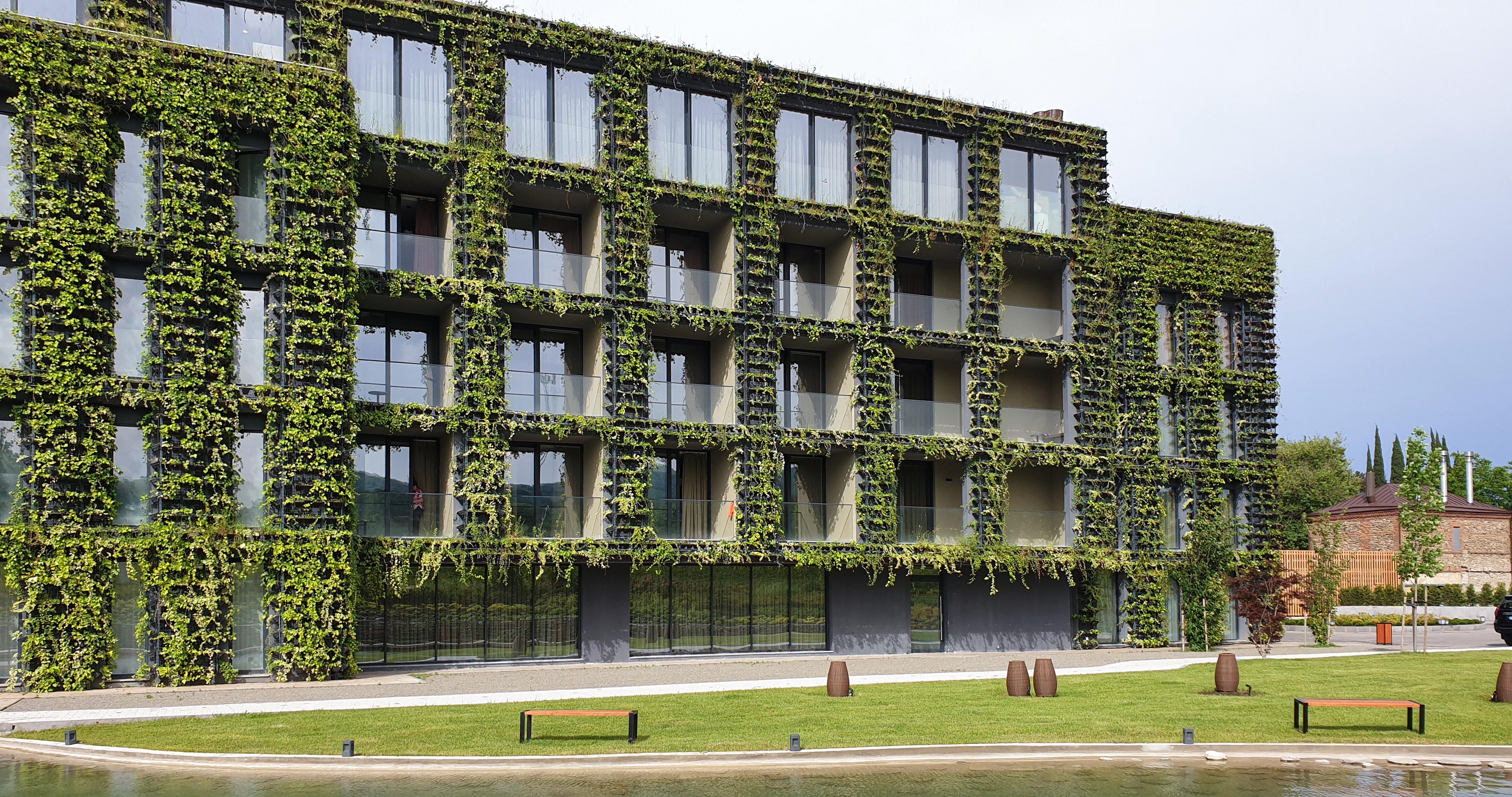 Get the latest updates about us, join our subscription system and be the first to know about Spectrum